Caswell Vlachos Group, LLC  was founded in Portland in 2008 by Greg Caswell and Steve Vlachos with the purpose of establishing a mergers and acquisition practice that provided a higher level of service, professionalism  and results than was generally available in the market for clients within its focus area.  Over time, CVG has developed a team approach to working on business sale transactions that has proven very effective. This collaborative approach, in conjunction with their mutual focus on service and performance, has helped them achieve overall levels of success and customer satisfaction that significantly exceed industry standards for their target market.

The Managing Principal of CVG and co-founder of CVG with Steve Vlachos in 2008, Greg had a successful career in commercial banking prior to moving to M&A advisory.  His banking career evolved to that of Chief Lending Officer, then President/CEO of Coastal Bank, Portland, Maine, for his last seven years there.  Greg led the publicly traded institution through its turnaround from the brink of closure by the FDIC to its successful re-emergence and eventual sale that represented a major win for pre and post reorganization shareholders, with the latter group achieving a 31.8% IRR.  He partnered with Steve in 2005 to focus on sell-side M&A, forming CVG in 2008.  Greg has developed strong relationships within the New England transaction community, including with legal and accounting firms, private equity and investment advisory firms, as well as other investment banks and commercial banks.  Greg is a co-founder and director of Nu:ionic Technologies, a Fredericton, New Brunswick based energy technology start-up, and has been a member of a number of not-for-profit boards, including six years on the Maine Board of Overseers, and is currently a member of the Boston chapter of the Association for Corporate Growth and the New England chapter of the Exit Planning Exchange. 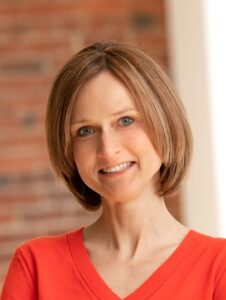 Erin joined CVG in 2021 as Senior Analyst following an extensive career as a consultant, interim and part-time CFO, and four years in the consulting practice of Maine’s third-largest public accounting firm.  Erin has very strong financial and analytical skills, and importantly people skills, and on her good days is personable and easy to get along with.

Erin earned a Master of Accountancy from Bentley University and a Bachelor of Science in Business Administration from the University of Southern Maine.  She earned the CMA – Certified Management Accountant credential – in 2011.

Mike affiliated with CVG in 2016 and has a long history of holding challenging manufacturing management and leadership positions.  Concurrent with his work with CVG, where he is primarily focused on providing support with regard to its manufacturing clients, Mike is a co-founder and President of Accelera, a start-up company that is developing advanced licensed and patented technology (originally developed by Harvard University) that is being developed into wearable technology to be used for joint and balance rehabilitation, for both the athletic and aging markets.  Mike’s manufacturing and business background includes executive management, as well as manufacturing, operations and turnaround management, as well as new product launches, plant redesigns and re-locations, and staffing training and restructuring.  Mike has teaching and program development experience at the university level, and currently serves as an adviser and director for several private and non-profit boards. 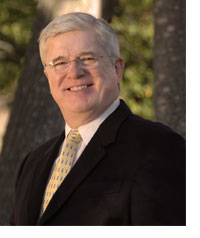 A co-founding principal of CVG with Greg in 2008, Steve had a successful career as an entrepreneur before moving to M&A in 2001. As the founder and owner of several businesses, along with an earlier corporate management background, Steve has a combination of business management experience and knowledge of what it takes to start, operate, grow and sell a successful business. He has been on both sides of the negotiating table. He understands the concerns of both business sellers and buyers.  Steve successfully facilitated the sale of dozens of operating companies before taking a step back the past several years and now represents CVG in more of an “of-counsel” capacity.

Other Team Members – While Greg, Erin, Steve and Mike take the lead and complete the bulk of work relating to each engagement, they have a team of outside associates with strong skills in certain, specific areas that are called upon on an as-needed basis.

When it comes time to sell a business, including the development of creative transaction solutions, the Caswell Vlachos Group provides business owners with a resource that is fully committed to bringing about a successful sale while navigating as smoothly as possible through the sometimes difficult trials of the business sale process.